MUST SEE TOUR OF BRATISLAVA

MUST SEE TOUR OF BRATISLAVA

Join us with the most extensive tour of Bratislava, which can only be handled by our Prešporáčik – Oldtimer. It will show you all the spots of the historical part of Bratislava – the Old Town, but also its wider surroundings. You will enjoy the most beautiful views of Bratislava.

The tour has two parts: The Old Town Tour and the Panoramic Tour.

The beginning is at the historic building of the Slovak National Theater. Our “Castle Presporáčik – Oldtimer” will show you the wider part of the Old Town, with its historical as well as modern buildings. Presporáčik will give you the ride to the Slavín Memorial, which overlaps Bratislava and reaches a height of up to 40 m. During a 15-minute break, you can walk around the park and enjoy beautiful views of the city. The next stop is Bratislava Castle with a dominant courtyard, a magnificent baroque garden and a view of the Old Town, which is located directly beneath its walls. During the 20-minute break, let yourself indulge into the atmosphere of the castle with over 1,000 years of history. Slowly descending through Zámocká Street and to the bank of Danube River, we get to one of the most beautiful churches in Bratislava, to the Blue Church. We will show you the modern building of the Slovak National Theater, as well as the “super – modern glass mansion” shopping mall Eurovea. We will finish sightseeing by returning to the center, to the historical building of the Slovak National Theater.

Tickets can be bought at our selling stand at the Main square or at Eugen Suchoň square by the historical building of the Slovak National Theater. If you are a bigger group, it is best to reserve your tour upfront for a certain time and date.

We are looking forward to you. 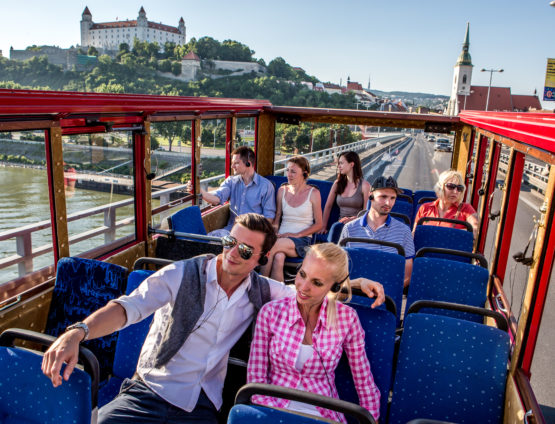 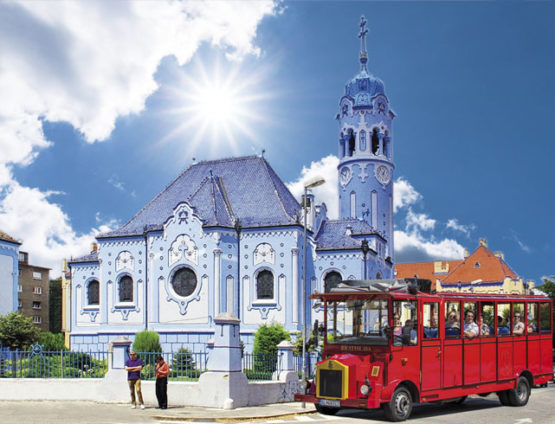 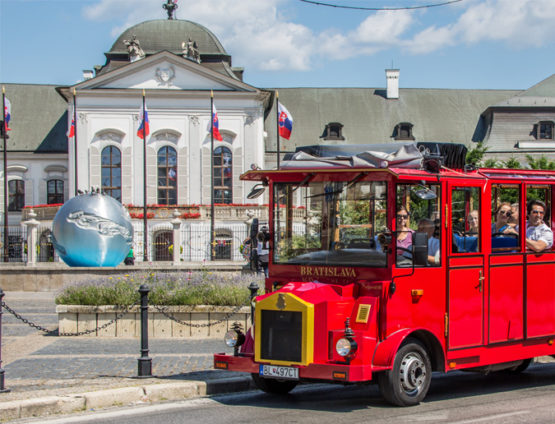 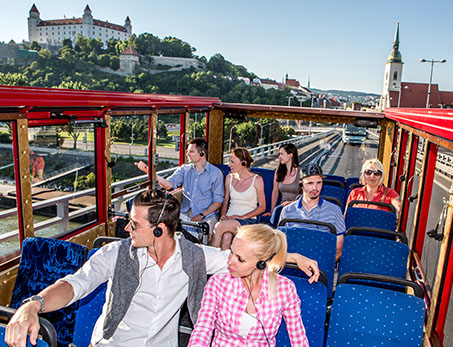 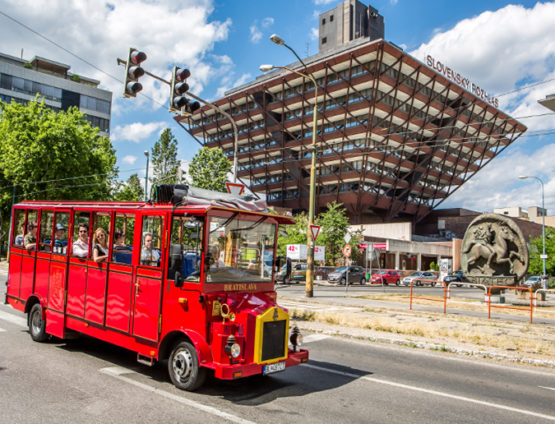 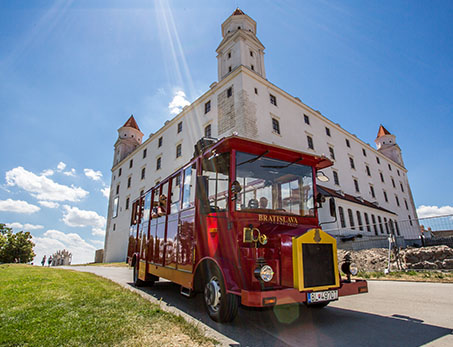 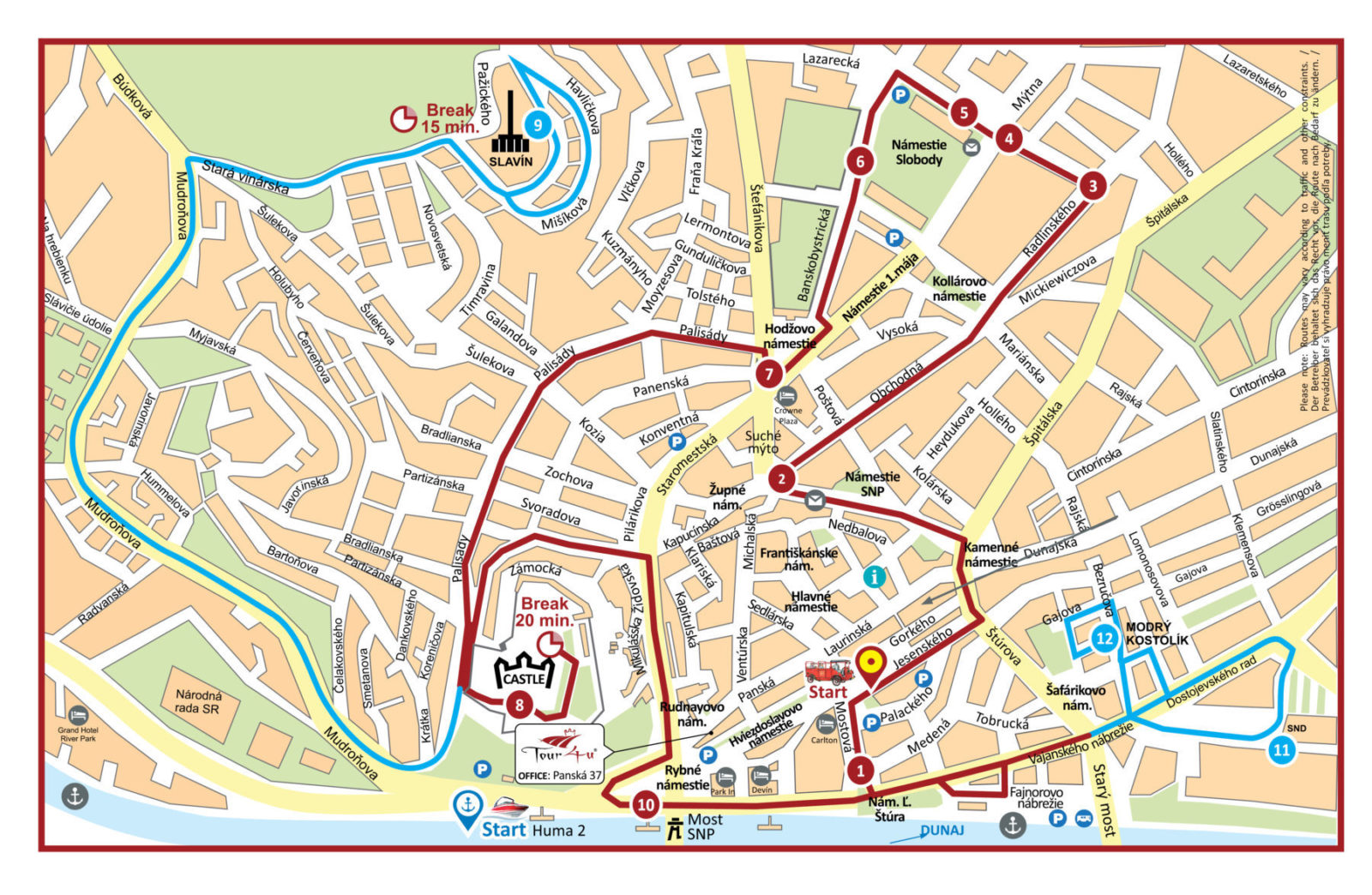 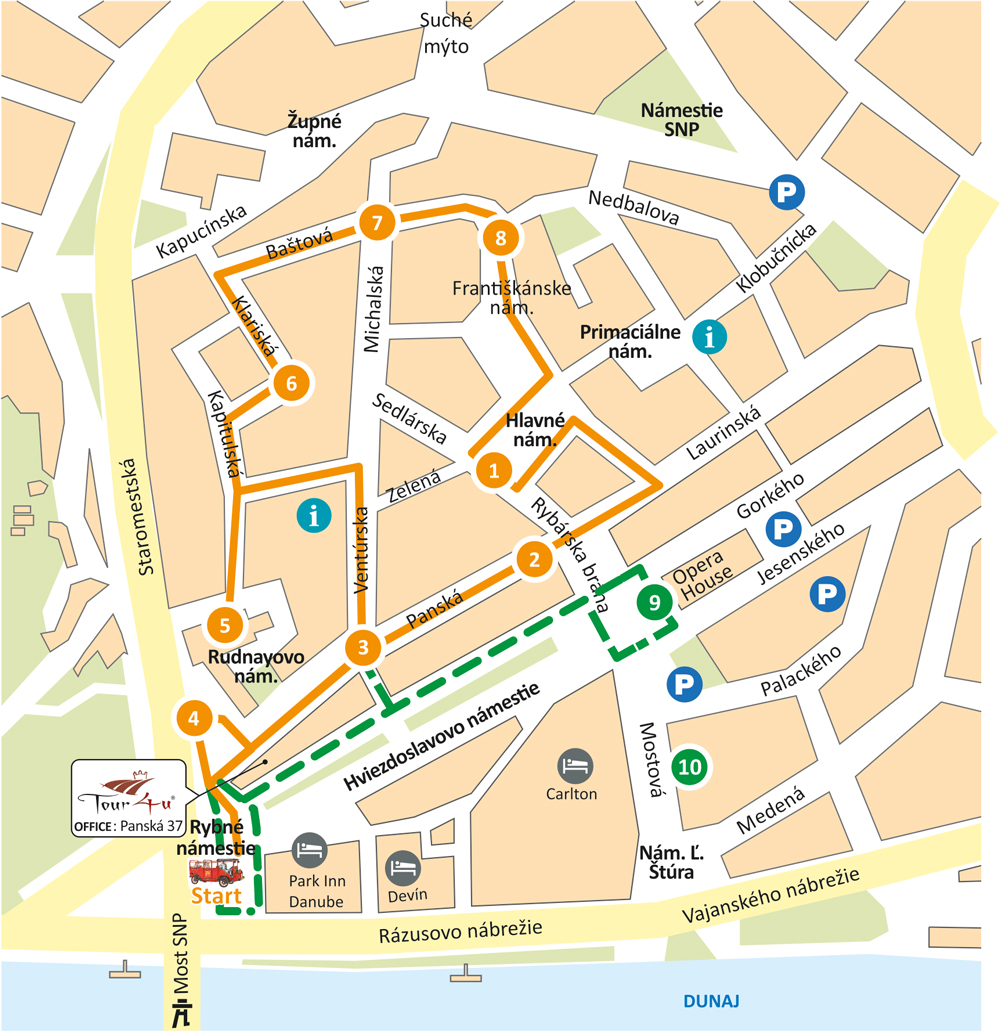